Tomorrow is a big day for Bay Area cinephiles. That's when the full line-up for the 55th San Francisco International Film Festival (SFIFF55) will be revealed to members of the SF Film Society (SFFS). Not a Film Society member? Then I'm sorry, but you'll have to wait until after Tuesday's official press conference to learn what's in store for April 19 through May 3. Certain to be on everyone's mind this year will be the tragic loss of Graham Leggat and Bingham Ray, the SF Film Society's two executive directors who passed away within five-months of each other. But anyone acquainted with this organization's veteran programmers and staff should have every confidence that 2012's festival will be nothing short of awesome. Many of the big events have already been announced, with the exception of Closing Night, the Peter J. Owens Acting Award and the Kanbar Award for screenwriting. What follows is a checklist of what's been unveiled thus far, followed by some predictions and a personal wish list for this year's fest. 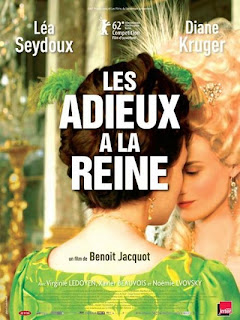 ● The festival's 55th anniversary edition kicks off on April 19 with Benoît Jacquot's Farewell, My Queen, a film which also opened last month's Berlin Film Festival. I'm quite excited to see it, especially considering that Jacquot's last film, 2010's Isild Le Besco-starring Deep in the Woods, never made it to the Bay Area (Jacquot's Via Amalia closed out the SFFS' French Cinema Now in 2009). This historical drama centers on Marie Antoinette (Diane Kruger) and her reader (Léa Seydoux), during the early days of the French Revolution. Director Jacquot is expected to be in attendance. SFIFF55's opening night shindig will once again take place at the Terra Gallery on Rincon Hill, which proved itself a memorably fabulous party space last year. 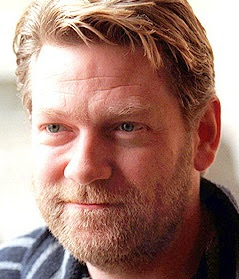 ● The Founder's Directing Award will go to Kenneth Branagh, a choice that's sure to be popular, if perhaps a bit safe. The last time the festival gave the award to someone best known for their acting career was in 2002. Unlike Warren Beatty, however, Branagh has directed more than four films, in a behind-the-camera career that's included adaptations of Shakespeare (Much Ado About Nothing), opera (The Magic Flute), modern theater (Sleuth), classic literature (Mary Shelley's Frankenstein) and Marvel comic book heroes (last year's Thor). Branagh's April 27 tribute at the Castro Theatre will include a screening of Dead Again, a 1991 L.A.-set detective thriller in which the director co-starred with then-wife Emma Thompson. 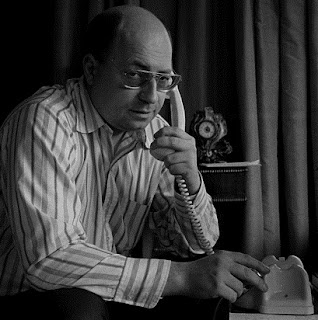 ● The Mel Novikoff Award, given each year to "an individual or institution whose work has enhanced the filmgoing public’s knowledge and appreciation of world cinema," will be bestowed upon Pierre Rissient. I'm embarrassed to admit Rissient's name was an unfamiliar one to me – more so now that I've read up on his considerable accomplishments. Among other things, he helped introduce American film noir to emerging directors of the French New Wave and for five decades has acted as a scout for the Cannes Film Festival. This promises to be a fascinating program. Following an on-stage interview with Rissient at the Castro Theatre, the festival will screen Fritz Lang's 1950 gothic noir, House by the River. Also as part of SFIFF55, we'll get an opportunity to see film critic Todd McCarthy's 2007 documentary portrait, Pierre Rissent: Man of Cinema. 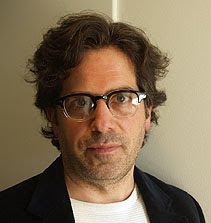 ● In addition of Rissient, I confess I'm also unfamiliar with the work of writer Jonathan Lethem who'll be delivering this year's State of Cinema Address. Friends who are big fans of the author tell me they're extremely excited to hear him speak on "the ways cultural movements such as Occupy Wall Street, new media revolutions like YouTube and loosely-defined (and often derided) grassroots art movements like mumblecore can, in their various ways, unearth utopian possibilities for reciprocal transformations in film culture and our daily lives." 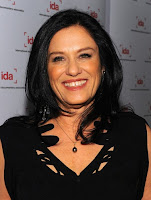 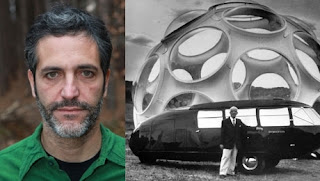 ● In 2010 I regrettably missed catching director Sam Green's (The Weather Underground) live "performance" of the documentary Utopia in Four Movements. Therefore, I have no intention of missing out on the world premiere of his latest piece, The Love Song of R. Buckminster Fuller, which is being co-presented by SFMOMA to coincide with their exhibition "The Utopian Impulse: Buckminster Fuller and the Bay Area." Green will narrate the film live, while being musically accompanied by personal fave alt-rock band Yo La Tengo. Folks might remember that it was Yo La Tengo who composed and performed a live-rock score to the silent scientific underwater films of Jean Painlevé at the Castro Theatre back in 2001. 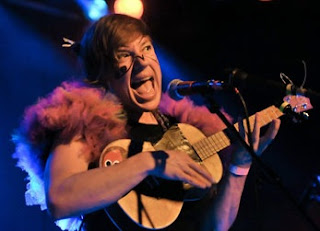 ● Speaking of rock bands composing and performing live scores to silent films at the Castro, this year's event will see Merrill Garbus of the band tUnE-yArDs accompanying four Buster Keaton shorts. tUnE-yArDs most recent album "whokill" took the #1 position atop 2011's influential Village Voice Pazz + Jop Poll. My favorite track on the album is "My Country," which you can listen to here and get a feel for what to expect at the Castro Theatre on April 23. 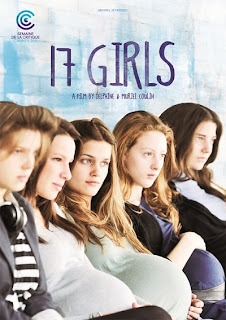 ● The festival has also announced the 11 narrative features that will compete for SFIFF55's New Directors Prize, as well as the dozen documentary features vying for this year's Golden Gate Award. I've read incredible things about the Israeli film Policeman and am certainly curious about Delphine and Muriel Coulin's 17 Girls. I missed seeing Belgian director John Shank's Last Winter at Palm Springs and look forward to catching up with it closer to home. All 12 documentaries in competition were off my radar. I'm most intrigued by Golden Slumbers, which looks at the Golden Age of Cambodian cinema. The doc line-up also includes The Law in These Parts, which won the 2012 Sundance Jury Prize for Best Documentary-World Cinema.● Just as I was about to publish this post, a friend alerted me to the fact that the Castro Theatre's April calendar is available on-line and contains further clues about this year's festival line-up. As these events have yet to be officially announced by the SFFS, I'll keep mum except to say that I'm thrilled to find a major film from my wish-list amongst the selections.This will be my sixth year covering the SFIFF as press and it has become a tradition to post a wish-list of 20 films I'd love to see at the festival. They've been painstakingly culled from a much larger list of stuff that's caught my eye over the past 14 months. To the best of my knowledge, none of these films has attained a U.S. distribution deal, which means a festival like the SFIFF represents the best chance of ever getting to see them. There are a number of films I'm hot to see which do have U.S. distribution and I'm sure a number of them will show up at this year's festival (ideally with their directors in tow). These would include new films by Christophe Honoré (Beloved), Hong Sang-soo (The Day He Arrives), Joachim Trier (Oslo, August 31st), Paolo Sorrentino (This Must Be the Place), André Téchiné (Unforgivable), Yorgos Lanthimos (Alps), Julia Loktev (The Loneliest Planet), Michael Winterbottom (Trishna), Christian Petzold (Barbara), Hirokazu Kore-eda (I Wish), Michael Glawogger (Whore's Glory) and Mathieu Kassovitz (Rebellion). Finally, I saw six very worthy films at January's Palm Springs International Film Festival that I would love my Bay Area film buddies to partake in: Omar Killed Me, Tatsumi, Michael, Breathing, The Snows of Kilimanjaro and Las Acacias.My 2012 SFIFF Wish List38 Witnesses (France, Lucas Belvaux)Almayer's Folly (Belgium/France, Chantal Akerman)Beirut Hotel (France/Lebanon, Danielle Arbid)Belmondo, Itinerary (France, Vincent Perrot)Blue Bird (Belgium/France, Gust Van Den Berghe)Captive (France/Philippines, Brillante Mendoza)The Cat Vanishes (Argentina, Carlos Sorin)Chatrak (France/India, Vimukthi Jayasundara)The Cinema Hold Up (Mexico, Iria Gómez Concheiro)Dark Horse (USA, Todd Solondz)Dreileben (Germany, Christian Petzold, Dominik Graf, Christoph Hochhäusler)Good Bye (Iran, Mohammad Rasoulof)Hanaan (South Korea/Uzbekistan)Headshots (Thailand/France, Pen-ek Ratanaruang)My Own Private River (USA, James Franco, Gus Van Sant)Outside Satan (France, Bruno Dumont)Sister (France/Switzerland, Ursula Meier)Tabu (Portugal, Miguel Gomes)Twixt (USA, Francis Ford Coppola)The Year of the Tiger (Chile, Sébastian Lelio)
Posted by Michael Hawley at 4:56 PM

Twixt is mentioned as a SFIFF highlight on a postcard now available at New People. So is centerpiece film Your Sister's Sister, an evening with animator David O'Reilly, the return of Porchlight, and the closing night film Don't Stop Believin': Everybody's Journey.

Thanks for the information about the Castro calendar though! I didn't know about The Third Man or Quadrophenia, the latter of which I've never seen! May have to make a day of it at the Castro on the 28th!

I'm thinking day-at-the-Castro on the 28th, too, what with TWIXT and the Pierre Rissient award to boot. I haven't seen QUADROPHENIA since it came out. Mostly I remember how really, really cool Sting was in it.

Well, at least a few of the films you were hoping for will be playing this year

Thanks Adam and Nick. Actually, there are 24 films in the festival that appear on a much larger wish list I keep. Plus, I found another dozen films of interest that were completely off my radar. So all in all, I'm a very happy camper with this year's line-up.