Last year's Berlin & Beyond Film Festival (B&B) was deemed festival non grata by a number of Bay Area cinephiles. Troubled by the Goethe Institut's forced retirement of B&B founder Ingrid Eggers and annoyed at B&B's shift from January to an already festival-stuffed October, they lent support to an unofficial boycott. The weak-willed amongst us, however, couldn't resist skulking into the Castro Theatre for at least a taste of new German language cinema, which included the outstanding duo of The Robber and The Silence, plus Germany's Oscar® submission When We Leave (which, in a decidedly minority opinion, I ended up really, really hating).


Fast forward one year and it looks like the fences have been mended. At the press conference announcing this year's line-up, both Festival President Sabine Erlenwein and Director Sophoan Sorn made a point of mentioning that Eggers was in the audience. Now everyone is free to enjoy a guiltless 16th annual Berlin & Beyond, which runs from October 20 to 26 in San Francisco, with a San Jose Encore Day on October 29. As for Ingrid Eggers' 3-year-old counter-fest, German Gems, it's slated for a full-day Castro takeover on January 14, 2012. Several important new German language films are missing from this year's B&B, so let's hope Ingrid has gotten her hands on them. 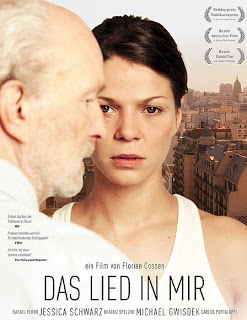 There are 23 narrative and documentary features in this year's fest, of which I've seen seven (via DVD screener except where noted). The strongest is The Day I Was Not Born, an intense, noteworthy debut from director Florian Cossen. While waiting for a connecting flight in Buenos Aires, a young German woman mysteriously recognizes a Spanish lullaby. She learns that not only is she the child of parents "disappeared" by Argentina's military dictatorship, but the circumstance of her adoption by German parents is reprehensible at best. Cossen ups the ante by giving us a somewhat unsympathetic heroine who is aided in her search by a suspicious, German-speaking cop (effectively played by Rafael Ferro, the long-distance swimmer in Veronica Chen's Agua). Equally memorable is Beatriz Spelzini as an aunt who demands justice. Her scenes are heartbreaking. 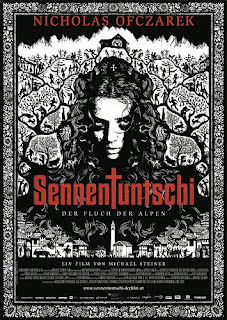 A newish trend at Bay Area festivals has been the screening of genre films in Late Show time slots, with 3rd i South Asian and SF Jewish Film Festivals being recent examples. B&B gets into the act with Michael Steiner's Sennentuntschi, an atmospheric Swiss creep-fest. It's a film I'm certain many non-genre fans like myself will be happy they stayed up late for. The Sennentuntschi is a woman of Alpine folklore, created to service men's "needs" and constructed from straw, rag and a broom. She's given life by Satan and her revenge is a bitch. In a wordless performance, French actress Roxane Mesquida (Catherine Breillat's Sex is Comedy and Fat Girl) perfectly embodies the creature's ferity and vulnerability. While never less than engaging as a solid genre piece, the film isn't immune to goofing around. Serge Gainsbourg and T. Rex pop up on the soundtrack and the plot embraces absinthe consumption, psychotic priests, stillborn babies and worse. 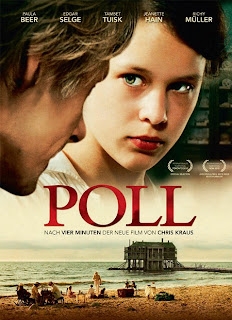 There's also a macabre element at play in Chris Kraus' (Four Minutes) The Poll Diaries, a historic epic set on the shores of the Baltic Sea. In the days leading up to WWI, a spirited teenage girl hides a wounded Estonian anarchist not only from the Russian and German armies, but also from her disciplinarian father, a disgraced scientist with a penchant for human dissection. The film ultimately becomes a bit silly and laborious, but the real attraction here is the setting – an enormous mansion built on stilts overlooking the sea. I caught The Poll Diaries at the Palm Springs International Film Festival and can only imagine how great it will look on the Castro's big screen in 35mm. It's the most sumptuously photographed film I've seen this year. And speaking of 35mm, B&B deserves big kudos for once again making its audience privy to every film's screening format. This year's opening night film is Yasemin Samdereli's Almanya – Welcome to Germany, a big-hearted family dramedy about three generations of Turkish Germans road-tripping to Anatolia whilst flashbacking upon family history. It'll provide crowd-pleasing entertainment on opening night, but those looking for a thoughtful depiction of immigration, cultural identity and assimilation are advised to look elsewhere. The festival closes a week later with Andres Veiel's If Not Us, Who, which was screened at the B&B press conference. It follows the path of 60s/70s revolutionary Gudrun Ensslin (an intensely watchable Lena Lauzemis) – from her complicated relationship with radical writer/publisher Bernward Vesper, right up to her infamous association 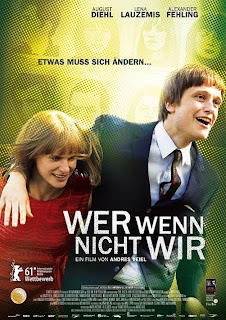 with militant RAF leader Andreas Baader. The telling is rather flat, however, lacking the urgency and dynamism that made The Baader Meinhof Complex a compelling watch.


If Not Us, Who co-stars Alexander Fehling as Andreas Baader. The popular actor reappears in the title role of Young Goethe in Love, which is the main event of B&B's Encore Day in San Jose. The festival desperately wanted to show this new Philipp Stölzl (Northface) film at the Castro, but distributor Music Box Films nixed screening it in any theater with more than 500 seats (the film opens at Landmark's Clay Theater on November 18 and recently played the Mill Valley Film Festival). According to Festival Director Sorn, the Castro's size is also the reason why Tom Tykwer's 3 got relegated to San Jose. This is rather weird considering the 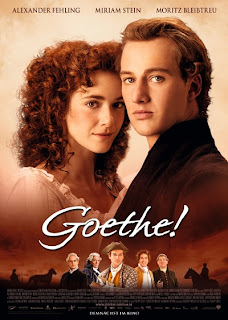 film's June Frameline showing at the Castro, as well as a recent theatrical run at the Sundance Kabuki. (My Frameline review of 3 is here). Filling out the San Jose line-up are the aforementioned The Poll Diaries and Peter Luisi's The Sandman, an absurdist tale about a priggish stamp dealer whose body starts excreting mountains of sand. While reasonably entertaining and well acted, The Sandman's titular metaphor is overburdened and would probably work best as a short. 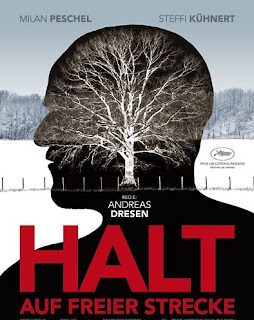 Of all the films I hope to see during the festival proper, Andreas Dresen's Stopped On Track sits at the top. Dresen is no stranger to B&B. His film Cloud 9 (aka "the geriatric sex movie") played here in 2009 and I believe one or two others have been featured at the fest. Stopped on Track employs a mix of actors and non-professionals – all speaking improvised dialogue – to tell the story of a postal worker's last months before dying of a brain tumor. The film was co-winner (with Kim Ki-duk's Arirang) of the top prize in Cannes 2011's Un Certain Regard sidebar. Of possible related interest is Michael Schaerer's Bold Heroes, B&B's 2011 Centerpiece Film about five teenage boys with terminal diseases all living together in a Swiss clinic. 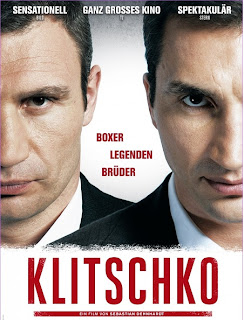 
Cross published on The Evening Class.

Thanks again, Michael, for another great and helpful overview. I had to look up "ferity"!

Thanks, Frako (thesaurus.com and I are good friends!)

There are many movies in Germany that have to do with Argentina because even if it does not seem to, they have a big relationship because many Germans migrated to Argentina during the 19th and 20th centuries. I had a Buenos Aires rent a few years ago and realized most of my neighbours were German descendants. It is said that German colonies were estblished in the capital, Cordoba and Entre Rios. These provinces still have some of the German traditions from the past!