In a matter of days, the full line-up for the 53rd San Francisco International Film Festival (SFIFF) (April 22 to May 8) will be revealed. If you’re a San Francisco Film Society member, look for an e-mail this Friday with instructions for downloading a PDF of the fest’s mini-guide (and all tickets go on sale to members that same day). Non-members will be kept in the dark until after the official press conference next Tuesday, and can start buying tickets April 1. In the meantime, plenty of good stuff has already been announced. Here’s a recap, followed by my personal 20-film wish list for the fest’s 2010 edition. 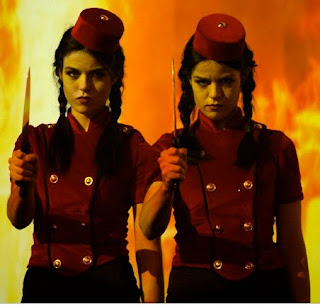 ● For devotees of Midnight Mass hostess Peaches Christ (aka Joshua Grannell), the World Premiere of her/his feature directorial debut, All About Evil, will be the must-see event of this year’s festival. Peaches seizes control of the Castro Theater on Saturday, May 1 at 10:45 p.m. “with a fully realized stage-show spooktacular hosted by Peaches Christ, starring members of the cast including Mink Stole, Thomas Dekker, Martiny and more.” 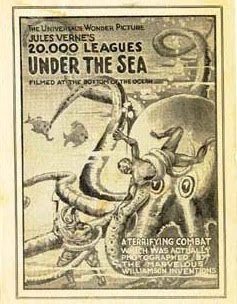 ● The SFIFF event I anticipate most each year is programmer Sean Uyehara’s pairing of a silent film with a new live score written and performed by a contemporary music artist. You’d think last year’s The Lost World/Dengue Fever combo would be an impossible act to follow, but I think Sean’s done it again. On Tuesday, May 4, songwriter Stephin Merritt of the group The Magnetic Fields will premiere a new score to Stuart Paton’s 1916 adaptation of Jules Verne’s 20,000 Leagues Under the Sea. Joining Merritt will be Castro Theater organist David Hegarty, author Daniel Handler (aka Lemony Snicket) on accordion and others TBA. 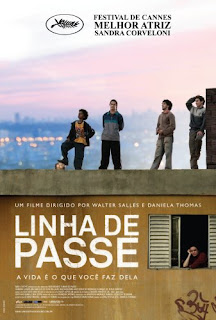 ● Brazilian director Walter Salles (Central Station, The Motorcycle Diaries) will be the recipient of 2010’s Founder’s Directing Award. His tribute takes place on Wednesday, April 28 and will feature a clip-reel of career highlights, an on-stage interview and “a special screening of In Search of On the Road (a Work in Progress), an hour-long edit prepared specifically for the Festival of a documentary about Salles’s effort to make a documentary about Jack Kerouac.” The following day Salles will offer a Master Class, plus attend a screening of his 2008 Cannes Competition film, Linha de Passe, which won a prize for its lead actress Sandra Corveloni. Hopefully, someone will ask the director why it has taken two years for this film to reach us (I believe this screening might even be the U.S. premiere?) Linha de Passe shows again at the Pacific Film Archive on Friday, April 30. 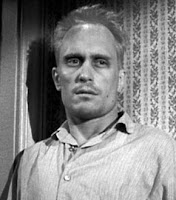 ● Receiving this year’s Peter J. Owens Award for acting will be none other than legendary screen vet Robert Duvall. At the Friday, April 30 tribute, he’ll be feted with a career clip reel, on-stage interview and a screening of his latest film Get Low, co-starring Bill Murray and Sissy Spacek. 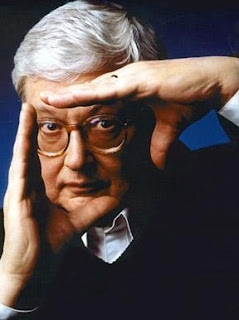 ● Each year the festival gives its Mel Novikoff Award to “an individual or institution whose work has enhanced the filmgoing public’s knowledge and appreciation of world cinema.” Could anyone be more deserving of such an award than Roger Ebert? On Saturday, May 1, Ebert will appear on-stage in conversation (employing his extraordinary, new computerized text-to-speech speaking voice) with directors Terry Zwigoff, Jason Reitman and others TBA. Following the tribute, the festival will screen one of Ebert’s favorite films of 2009, Erick Zonca’s Julia, featuring a balls-to-the-wall performance by Tilda Swinton. If you missed this film when it screened at the SF Film Society’s Kabuki Screen (R.I.P.?) last summer, or its subsequent run at the Roxie, you’re lucky to have this additional opportunity. 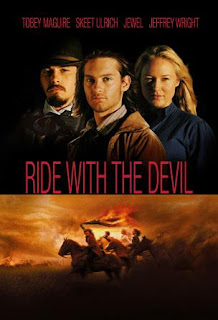 ● The SFIFF’s 2010 Kanbar Award for excellence in screenwriting will be given to writer/producer/Focus Features CEO James Shamus on Saturday, May 1. Shamus is best known for the films he’s written and produced for Ang Lee, including Brokeback Mountain, Crouching Tiger, Hidden Dragon, The Ice Storm and Lust, Caution. Following an on-stage interview with critic B. Ruby Rich, the festival will host the West Coast premiere of a new director’s cut of Ang Lee’s underappreciated 1999 Civil War film, Ride With the Devil.

● Every year the festival screens newly restored prints of some select cinema classics. For SFIFF53 we’ll get to take another look at Satyajit Ray’s 1958 The Music Room at the Castro on Saturday, May 1, as well as Luchino Visconti’s 1954 film Senso (date TBA). 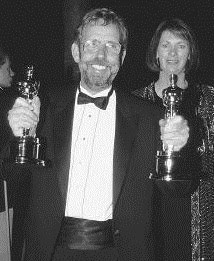 ● This year’s State of Cinema Address will be delivered on Sunday, April 25 by film editor/sound designer extraordinaire Walter Murch (The Conversation, Apocalypse Now). Titled “Three Fathers of Cinema: Beethoven, Flaubert, Edison,” the address will “contemplate what would have happened if motion pictures had been invented in 1789. He will present various theories on the evolution of filmmaking, investigating the cultural origins of cinema in the 19th century and the implications for the future of cinema in the 21st century.” 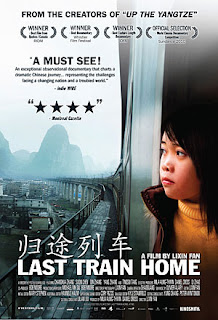 ● The festival has also announced the 11 films that will be competing for Golden Gate Awards Documentary Competition. There are three I’m especially looking forward to. Lixin Fan’s Last Train Home examines the phenomenon of China’s annual New Year’s mass migration. Winning the documentary Jury Prize just last week at SXSW is Jeff Malmberg’s Merwencol, in which a brain-damaged survivor of a bar attack copes by setting up a complete WWII-era town in his backyard. In Sebastian Junger and Tim Hetherington’s Sundance Grand Jury Prize Documentary winner Restrepo, we follow a group of soldiers fighting the Taliban in the mountains of Afghanistan. The other eight titles are Colony, The Invention of Dr. Nakamats, Mugabe and the White African, The Peddler, PianoMania, Presumed Guilty, Russian Lessons and Simonal: No One Knows How Tough It Was. 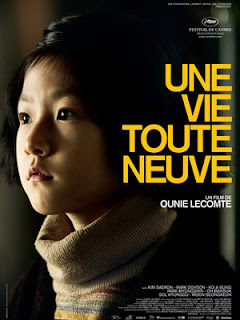 ● Twelve filmmakers will compete for this year’s New Directors Prize. I saw Ounie Lecomte’s South Korean adoption drama A Brand New Life at the Palm Springs International Film Festival and would definitely recommend it. I’ve also heard very good things about Pedro González-Rubio’s Alamar, which won a coveted Tiger Award at this year’s Rotterdam Film Festival. The remaining 10 titles are Animal Heart, The Day God Walked Away, The Famous and the Dead, Night Catches Us, Northless, La Pivellina, Shirley Adams, Susa, Tehroun and – I’ve gotta see this one for the title alone – You Think You’re the Prettiest, but You Are the Sluttiest. 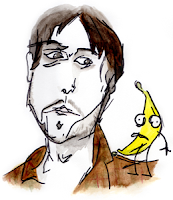 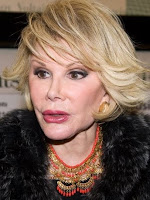 ● Finally, SFIFF53 will close on May 6 with a screening of Ricki Stern and Annie Sundberg’s documentary Joan Rivers – A Piece of Work. It is anticipated that Rivers will attend the screening, along with director Stern. At the closing night party at 1015 Folsom, “partygoers will celebrate the culmination of SFIFF53 with festive drinks, hors d’oeuvres and music inspired by the legendary comedian Joan Rivers.”

Every year I draw up a list of the 20 films I most hope to find in the SFIFF line-up. They’re culled from a longer wish list of approximately 100 films, spanning from 2009’s Berlin Film Festival up to the present. A few have received mixed-to awful-reviews, but they’re from directors who interest me nonetheless. Last year I only got seven of my 20 films, but eventually caught up with all but three. We’ll soon know how SFIFF53 shakes out.


And here are four terrific films I saw at January’s Palm Springs International Film Festival – films I’d love for my Bay Area friends to see, too.

Hi Michael, actually, 2010 Sundance Grand Jury Prize for Documentary - World Cinema went to The Red Chapel, a film I sadly missed and is very much on my wish list. Nevertheless Last Train Home is excellent and eerily reminds me of Up the Yangtze, though I felt TRAIN is a superior film.

A film that I've seen that I wish my local friends could see would be La Pivellina. I was surprised it's not in the New Directors' lineup.

Putting JOAN RIVERS on the closing night probably means once again I won't be able to catch a film in that slot. Oh well.

kaifu, thanks for dropping by. You're absolutely right about LAST TRAIN HOME. I misread the film's "awards" section on imdb. Thanks for the correction.

Regarding LA PIVELLINA, look again. It IS in the New Directors line-up. I missed seeing it at Palm Springs, so I hope to catch it at SFIFF (especially now considering your hearty endorsement).

I hear what you're saying regarding Joan Rivers. It's a movie I have zero interest in seeing.