The Mill Valley Film Festival (MVFF) announced its 2009 line-up last week, adhering to what has become a proven formula for the 32-year-old festival: Start with a dozen or so indie-ish, autumn-release prestige pics, often with stars and directors in tow. Next throw in a couple big name tributes and high profile selections from the year's fest circuit. Then round things out with a big helping of docs, shorts, live music events and largely unheralded narrative features from around the globe. There are close to 100 programs from 34 countries this year, and what follows is a picky, subjective look at a portion of what's in store from October 8 to 18. 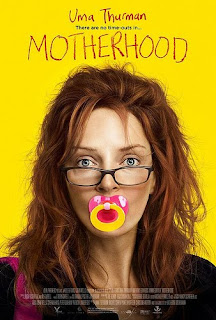 First off, MVFF has become the Bay Area festival for movie-stargazing. This year offers the opportunity to ogle Uma Thurman (appearing at a tribute with her new film Motherhood), Clive Owen (star of the co-Opening Night film The Boys Are Back, followed the next night with a tribute and screening of 1998's Croupier) and Woody Harrelson (also getting the tribu-treatment alongside a look at his acclaimed new film The Messenger). For those who like their stars a bit more edgy and obscure, MVFF presents veteran character actor Seymour Cassel – best known for his collaborations with John Cassavetes – in conversation with iconoclastic Bay Area filmmaker Rob Nilsson. Cassel's latest film, the LeVar Burton-directed Reach For Me, screens the following night. And while we're at it, Nilsson's got a new film in the festival, too (Imbued). 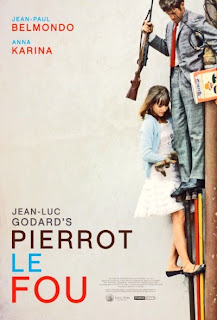 The tribute which really had Bay Area cinephiles oohing and aahing, however, is sadly not to be. Iconic French new wave actress, singer and director Anna Karina recently had an accident which prevents her from attending the festival. Happily, she has issued a rain check and promises to come here next spring. Meanwhile, MVFF will still be screening Karina's first directorial effort in 30 years, Victoria (described as Some Like it Hot meets Breathless), as well as a revival of 1965's Pierrot le fou, one of seven features she made with then-husband Jean-Luc Godard.

Of all the "stars" attending MVFF32, perhaps none will be on the lips of movie-goers in the next few months more than Gabourey Sidibe, the star of co-Opening Night film Precious: Based on the Novel "Push" by Sapphire. The film, which won 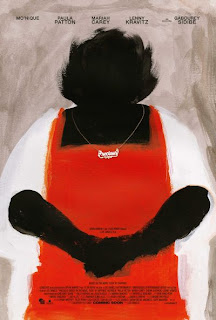 Sundance's Jury Prize and Audience Award back in January, just got a huge push at Toronto (where it snagged another audience prize) with newly onboard executive producers Tyler Perry and Oprah Winfrey beating the drum. Precious is the inspirational story of a derided, African-American teen who's pregnant for a second time with her father's baby. TV actress/comedienne Mo'Nique has won accolades for her portrayal of the mother-from-hell, and even Mariah Carey has been singled out for her small role as a social worker. MVFF Director of Programming Zoe Elton is predicting that Precious will go on to become this year's Slumdog Millionaire, i.e. the little film that could. Director Lee Daniels is also expected to attend the screening. (Precious opens in limited release on November 6.) 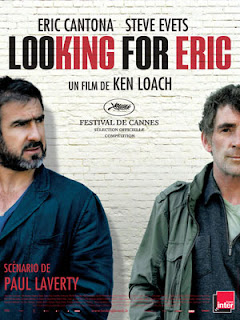 There were two British films in competition at Cannes this year (well, three if you count Jane Campion's Bright Star), and MVFF has got them both. Ken Loach's Looking For Eric is one of two Closing Night films (along with Jean-Marc Vallée's The Young Victoria), and stars ex-Manchester United soccer champ Eric Cantona as an apparitional life coach to a put-upon postman. The other is Andrea Arnold's Fish Tank, in which a council flats teen (a much lauded performance from newcomer Katie Jarvis) experiences sexual tension with her mother's new boyfriend (Hunger's Michael Fassbender). Fish Tank is Arnold's second feature, and just like its predecessor, 2006's Red Road, was the winner of Cannes' Prix du Jury. It's my second most anticipated film in the festival. 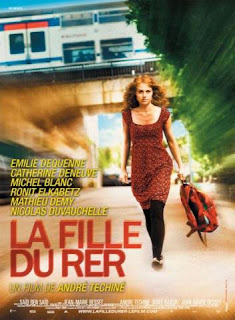 And what's first? That would be André Téchiné's The Girl on the Train, starring Émilie Dequenne (best known for her titular role in the Dardenne Brothers' Rosetta) as a young woman who falsely accuses some black and Arab youths of an anti-Semitic attack. Based on true events, the film co-stars my favorite Israeli actress Ronit Elkabetz (The Band's Visit, Late Marriage), vet actor Michel Blanc, and Catherine Deneuve, making her sixth appearance in a Téchiné film. The Girl on the Train premiered at this year's Berlin Film Festival along with another anticipated French film on the MVFF roster, François Ozon's flying baby movie, Ricky. 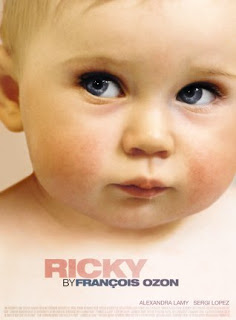 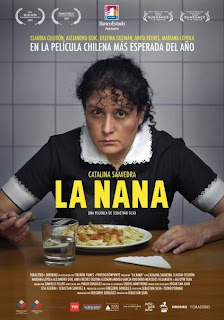 Unfortunately, Latin America is grossly underrepresented at Mill Valley this year, a lamentable programming decision given the fact we no longer have an exclusively Latin American film festival in the Bay Area. I've scoured the line-up and come up with only one narrative feature from the region – Sebastian Silva's The Maid. Happily, this social satire about a maid becoming unhinged after 23 years of service to the same upper class Chilean family is one I've been looking forward to ever since it won the Sundance Grand Jury Prize for World Cinema.

Asian film enthusiasts will be thrilled to learn that master Hong Kong director John Woo is expected to attend the MVFF screening of his new film, Red Cliff. This two-part 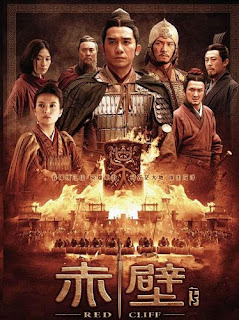 historical epic represents Woo's return to Chinese language films after a 15-year stint in Hollywood. It's also purported to be the most expensive film ever made in Asia, with an all-star cast that includes Tony Leung Chiu Wai and Takeshi Kaneshiro. With the aim of celebrating the 100th anniversary of Hong Kong cinema, MVFF will also be screening Johnnie To's Sparrow, which had a theatrical run at San Francisco's 4 Star Theater earlier this year. A more impressive choice might have been Red Cliff II, which has been touring festivals since January. Or even To's more recent Vengeance, starring craggy French rock n' roller Johnny Hallyday. 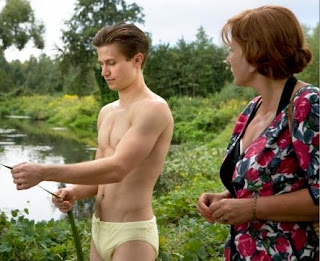 A last-minute addition that you won't find in the printed program is the latest from Polish maestro Andrzej Wajda. Many incorrectly assumed that 2007's Katyn, which screened at MVFF last year and was nominated for a Best Foreign Language Film Oscar, would be the 83-year-old director's last. But he turned up in Berlin this year with Sweet Rush, an older woman/younger man film-within-a-film romance that surprisingly copped the festival's boundary-pushing Alfred Bauer Prize. Kudos to the programming staff for securing this one. 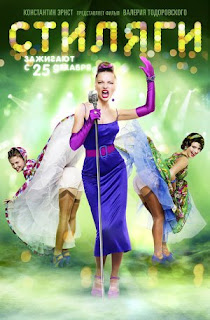 As for the rest of the World Cinema section, it's mostly filled with unknown entities (to me at least), making it difficult to know quite what to spotlight here. I'm a fan of Czech director Jan Hrebejk (Up and Down, Beauty in Trouble) and am pleased to see his latest, Shameless, in the line-up. I'm also intrigued by the made-for-$500 Romanian film about two teens trapped in an Elevator. Hipsters is a splashy Russian musical about rebellious Soviet youth in 1955 Moscow, while another period piece Hellsinki, concerns young Finnish criminals in the 1960s/1970s. The clip from Israel's Surrogate shown at the MVFF press conference made it look pretty darn sexy. Jermal is an Indonesian father/son drama set on a remote deep-sea fishing depot. A film about a narcissistic, 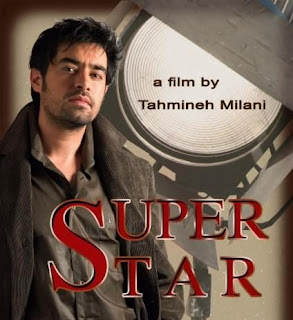 egomaniacal movie star would seem to be an unlikely entry from Iran, but nonetheless we have Tahmineh Milani's Superstar. In addition there are a couple films each from India, South Africa, Australia, Denmark and Sweden that look promising. Finally, anyone planning to wait until the marvelous An Education opens in theaters on October 16 should know that director Lone Scherfig (Italian for Beginners, Wilbur Wants to Kill Himself) will be attending that film's MVFF screening.

I've touched on a handful of the fest's U.S. narrative features and here are a few more worth considering. First off, director Jason Reitman (Thank You for Smoking, Juno) will receive a tribute accompanied by his recent Telluride/Toronto triumph Up in the 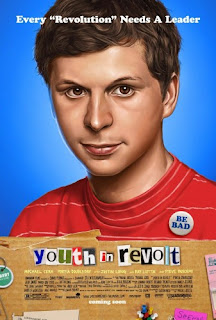 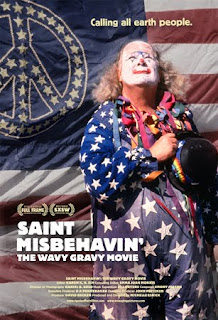 Amongst the two dozen non-fiction features in the festival's Valley of the Docs section, perhaps none will draw more attention than Rick Goldsmith and Judy Ehrlich's The Most Dangerous Man in America: Daniel Ellsberg and the Pentagon Papers. Ellsberg himself is scheduled to attend both MVFF screenings. Traditionally the fest brings us several fascinating music documentaries and this year they've come up with Meredith Monk – Inner Voice and Soundtrack For a Revolution, which explores the music that accompanied the American Civil Rights Movement. The Blind Boys of Alabama are expected to perform live at the October 10 screening of the latter film. And finally, the Bay Area's own counter-cultural cheerleader and ice cream flavor gets the bio-doc treatment in Michelle Esrick's Saint Misbehavin': The Wavy Gravy Movie.

Nice to see a new post from you, Michael! Glad to get a peek into your anticipations.

I don't know if you caught Sparrow at the 4-Star, but I know a number of people missed it for one reason or another. It's really a special film, that more than perhaps any other To film I've seen deserves to be seen in 35mm. It's true that local festivals should generally use their muscle to bring audiences films we have had absolutely no other chance to see, but in this case I'm glad that MVFF wasn't obsessing over a Bay area premiere in selecting Sparrow, a great film that I'm sure will be exposed to a whole new audience thanks to its slot in the festival.

Hi, Brian. Thanks for coming by. Yes, it was quite nice not posting anything for six weeks, but Fall Festival madness is upon us -- time to get on the stick!

I'm embarrassed to admit that I'm one of those people who missed SPARROW at the 4 Star, so your point is well taken. Unfortunately, I won't be seeing it at MVFF either. There's only one screening and it's late night in the town of Mill Valley -- impossible to do without a car.

I still think they should have programmed RED CLIFF II. The program description makes no mention of it being a two-part film, and I bet some people are gonnna be pissed when the words "to be continued" pop up on the screen.

Pretty good lineup, but there doesn't seem to be a sane way to get to MVFF without a car (me). I'll have to make note of them and wait for more local screenings or DVDs.

Thanks for the kind words, kaifu.

I live in SF, too, and have been car-less since 1992. For that reason I always ignored the MVFF until about five years ago when I discovered that taking Golden Gate Transit to San Rafael isn't that big a deal. There are convenient pick-up points in the city, the trip takes about one hour, and the San Rafael bus depot is only a few blocks from the Rafael Film Center. On weekends especially, it's possible to head up there, see three or four films and be back in the city by 11pm.